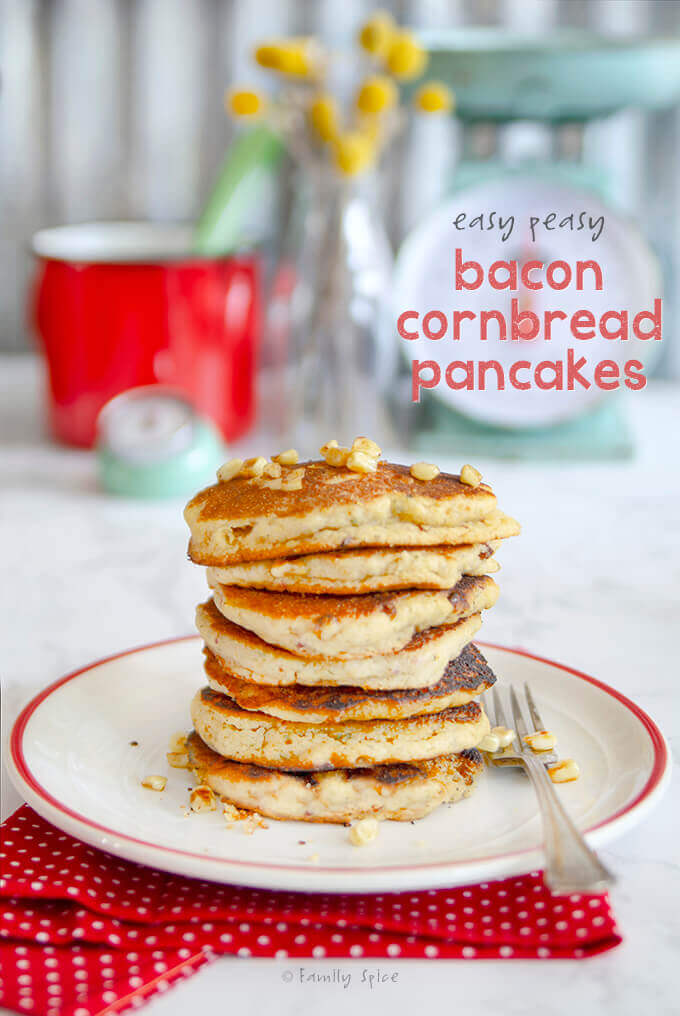 You could serve up some cornbread at the next tailgating party, or you can serve up something fun like these bacon cornbread pancakes (aka hoecakes). Perfect with game day chili or pulled pork. Sponsored by Krusteaz.

Living in San Diego, we have lots of fabulous ways to spend our weekends. We’ve got wonderful weather most of the time, we’ve got the beach, trails to hike, mountains to ski, and several theme parks for thrills – just to name a few popular choices. Of course my crew is usually doing homework, going to volleyball games and just generally doing the usual errands as any other family in the US.

When we had a local football team, (don’t get me started on THAT conversation) we used to spend our Sundays cheering on the Chargers. Now that Spanos spent millions of dollars to move the team to LA instead of investing in a new stadium (oh, there I go again…), we cheer on some of our OTHER favorite football teams. 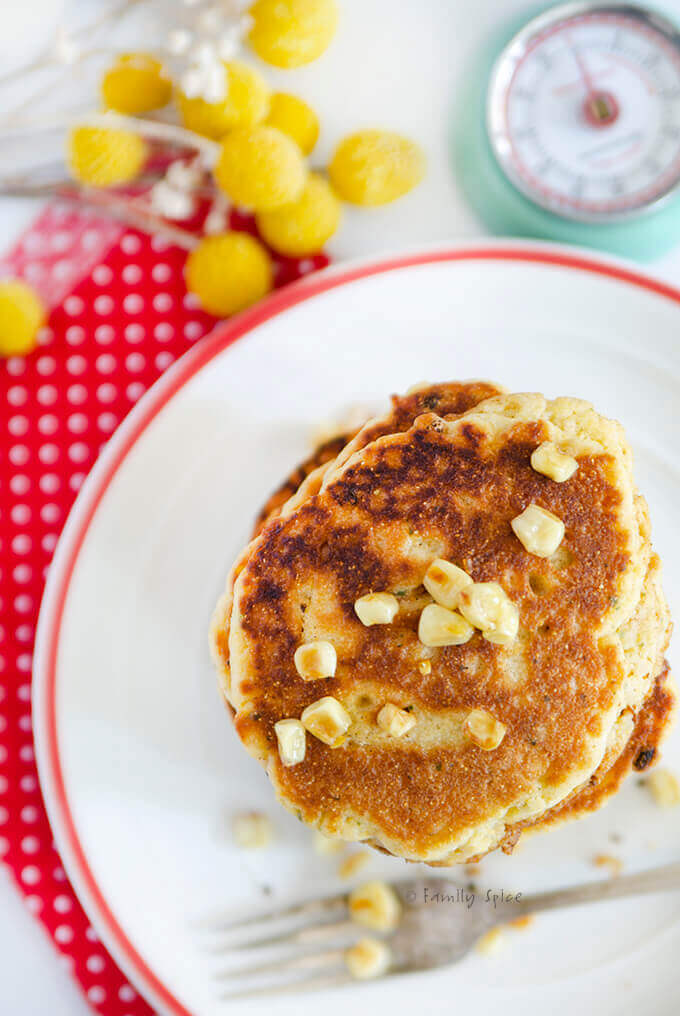 Just because we don’t have a local football team to cheer on, it doesn’t mean we don’t enjoy watching the games at home. Tailgating is still a big deal here in San Diego – we do have 4 universities with a plethora of sports to enjoy and cheer on. No matter what game we are watching, we all know the real reason to get together: it’s the tailgating food!

Eating the best snacks while watching the game is so much fun, especially when you have friends and family over watching the game with you. My boys are teens now and they love watching the games because they are invested in their fantasy football tournaments. Their in a league with their cousins and these guys are ruthless!

So big dudes watching the big game requires big food for big appetites. This could be burgers, pulled pork or chili. Bring on the nachos, queso and guacamole. And of course, the quintessential tailgating food is ANYTHING with bacon! 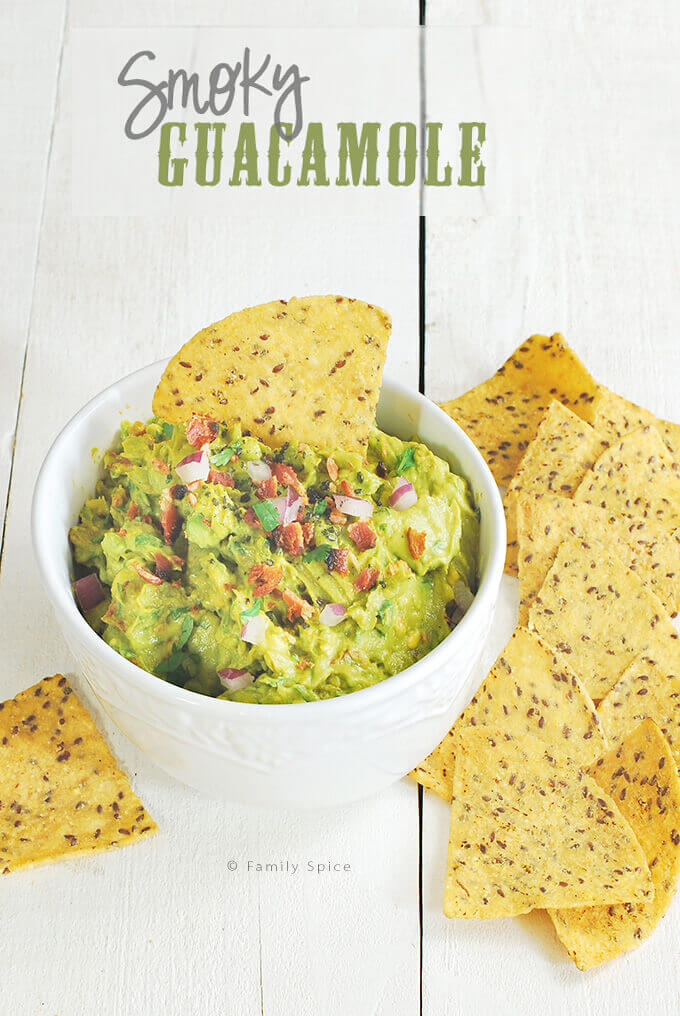 Hoecakes and Johnny Cakes and Pancakes, oh my!

Now I don’t claim to be a Southerner. I may have grown up in Texas, but we are Texans first then possibly, a Southerner. Arizona was all about Mexican food and Desert culture. California is well, California.

Living in Miami I still didn’t really get exposed to Southern Soul Food. Miami is all about these diverse cultures crashing together in one bustling city: from the laid back Keys, to the fast talking New York Jew, not to mention Cubans, Puerto Ricans, Haitians, Jamaicans, and everyone from all the countries in Central and South America. 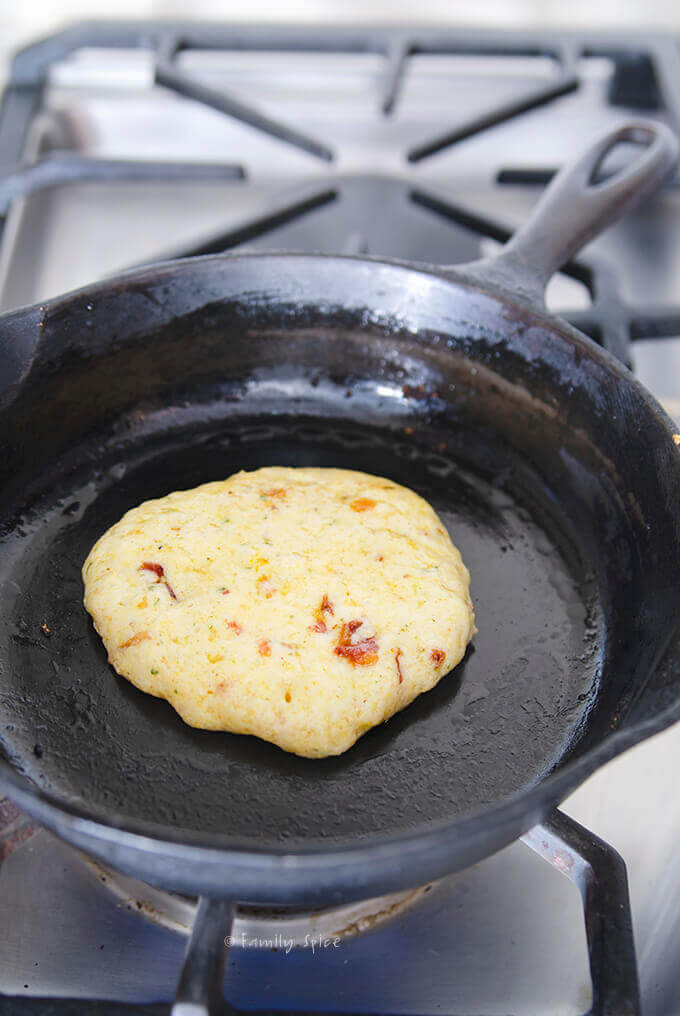 Hoecakes are a thin flat cornmeal based pancake. According to a folklore, hoecakes got their name from the slave practice of cooking them on field hoes. Also, dating way back to 1600 England, hoe was a another term for griddle, and it was common to make cakes in the griddle.

Cornmeal grew in popularity in the South because it was a crude substitution for wheat flour. And thus, hoecakes, cornbread and the South’s love for all things corn was born. The first cornbreads were cooked as pancakes in the pan and not baked into the thick chunks we now know and love.

It’s a fascinating history, the South’s love for all things corn. You can read more about here. 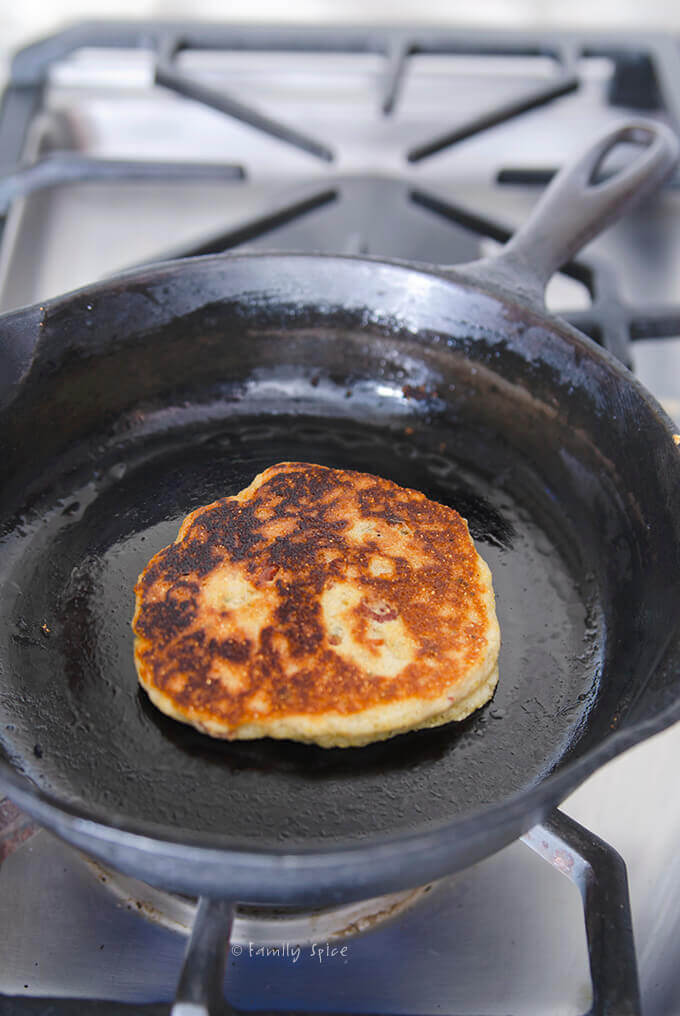 How to Make Hoecakes from a Mix (aka Cornbread Pancakes)

For this particular recipe, I used their Fire Roasted Cornbread Mix, but you can use this technique for any of their mixes. For this version, you add mayonnaise, butter and water to cornmeal mix. The only modification I made from their instructions was to reduce the amount of water by 1 Tablespoon.

By reducing the water, I had a nice thick batter, not a watery one. You don’t want the batter to spread when you scoop it into your hot skillet. A watery batter will produce a flimsy cornbread pancake, and it will fall apart. So whichever Krusteaz cornbread mix you use, reduce the water by 1 Tablespoon to make these hoecakes. 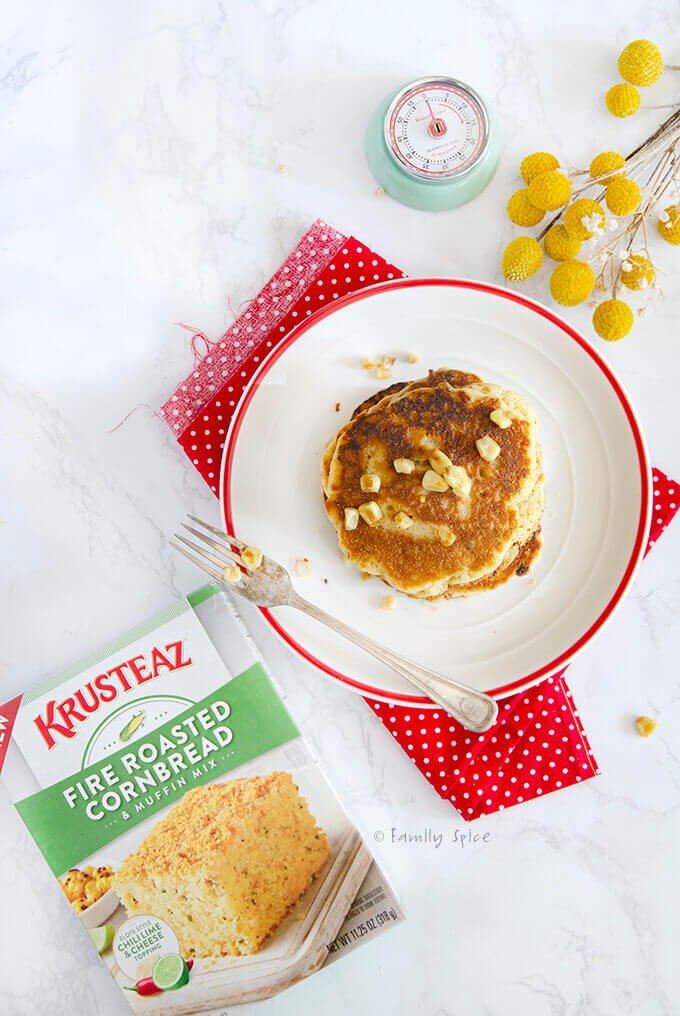 The other key to making hoecakes from a boxed mix is to be patient. First of all, you need to the let the batter rest a few minutes, so the cornmeal mix absorbs the water completely. As it sits, the batter gets less watery and thickens up.

You also want your pan to be hot, but not too hot. I found medium heat to be the sweet spot for my cast iron pan. If you are using cast iron, remember it gets real hot and it retains the heat longer than stainless pans. If you are using too much heat, your hoecakes will burn on the outside, stay raw in the center, and fall apart on the flip.

Cooking on medium allows your cornbread pancake to cook slowly, allow the center to cook completely. As it cooks, it puffs up a bit. You know it is time to flip when the top edges of your hoecake is not glossy/wet. These pancakes will not bubble like the breakfast flour pancakes.

So, again, be patient. On medium heat it takes about 5 minutes for 1/4 cup scoop of batter to cook and ready to flip. But your patience will be rewarded!

Traditionally baked cornbread is fluffy and almost cake-like. And if you are die hard fan of this version, more power to you. I like to the golden crispy edges of cornbread, which makes me really love these hoecakes. 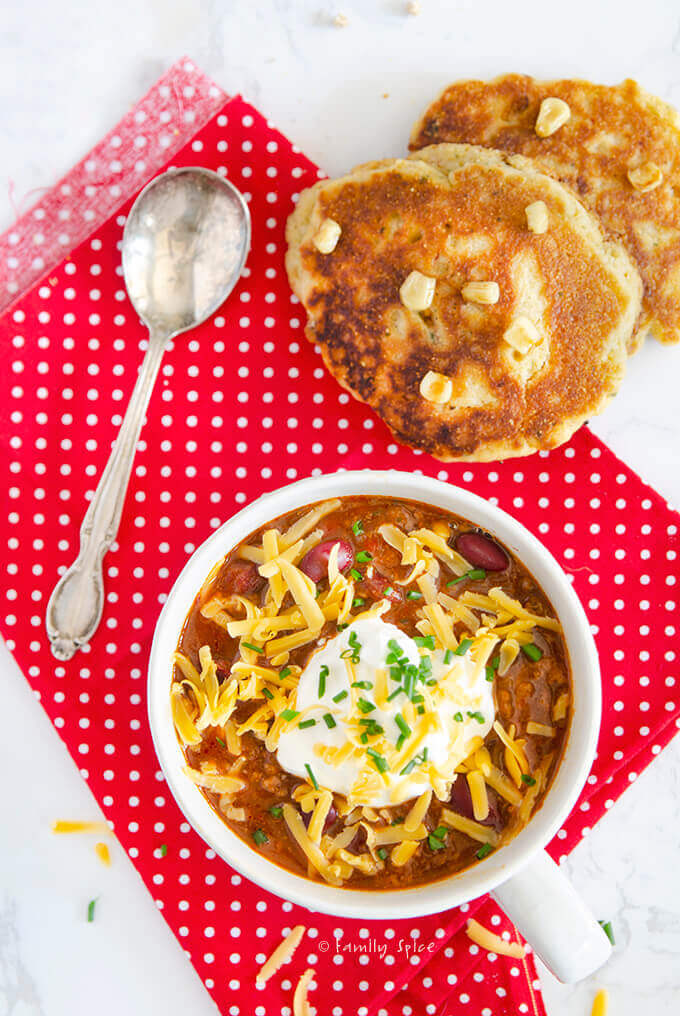 The great thing about these cornbread pancakes is that you can make them anywhere, even in a grill in the middle of your stadium’s parking lot! All you need is fire and a cast iron skillet.

And if you are making hoecakes to go with your chili or pulled pork, then they are already portion sized and ready for dunking. I told you, I’m all about the crispy bits of cornbread! And my hoecakes have something extra hidden inside for even more flavor: BACON!

Growing up along the Gulf of Mexico, I became very familiar with hurricanes. Our paper grocery bags would have maps of the region so we could track hurricanes during, you guessed it, Hurricane Season. They scared me as a child, but I was also fascinated with them.

Our neighborhood would get minor flooding, mostly the homes that lived near a creek, but our house was always fine. Our biggest complaint would be the power going off, sometimes for a day or two, at the extreme, a whole week. But nothing like the damage some have faced in Louisiana, Florida or North Carolina. 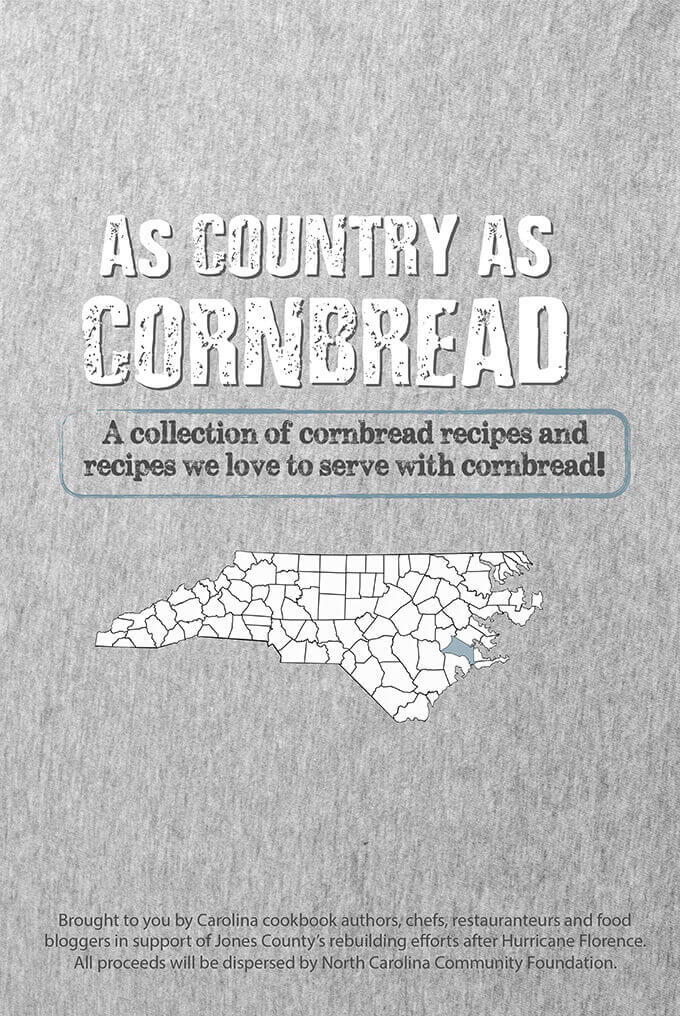 When Hurricane Florence hit North Carolina over several days in September, 2018, the wind and water took its toll, especially in the southeastern part of the state. Jones County got especially hard.

This rural part of the state suffered from massive flooding. Since very few places required flood insurance, most of those who lost their homes were not insured and lost everything.

My blogging friends from North Carolina got together and created this wonderful e-cookbook, As Country As Cornbread, to help raise money for the Hurricane victims in Jones County. Over 19 chefs and food writers contributed to this fabulous cookbook devoted to cornbread and all things you eat with cornbread. I’m proud to say that I designed this delicious e-book. It’s beautiful!

It costs only $14.95 and 100% of the proceeds from the sale of As Country As Cornbread to the North Carolina Community Foundation, a statewide community foundation begun in 1988. Since its inception, NCCF has distributed more than $145 million in grants. I hope you check it out and get yours today!

Disclosure: I did receive product and a gift card from Krusteaz to develop a recipe. The story I have written is all true, and the opinions are truly mine. If I didn’t like it, I wouldn’t blog about it.

I have never made cornbread pancakes – this has to change. Between the ecookbook and this recipe, I am ready to try this.

Lord, these hoe cakes look so good, and yes to the bacon. Duh! Thanks so much for giving a shoutout to our eCookbook fundraiser, too! I was able to send a payment of almost $500 to the NCCF today thanks to sales so far!

Sorry they took your football team away. Hmph. 🙁 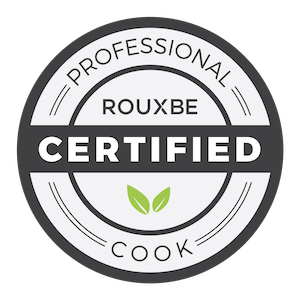 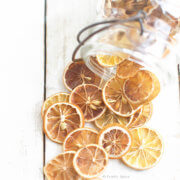 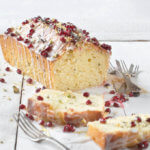 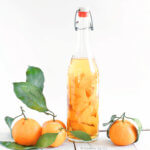 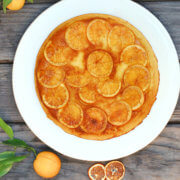 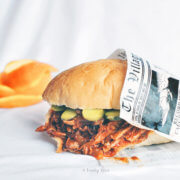 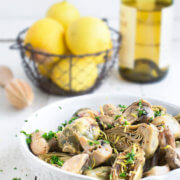 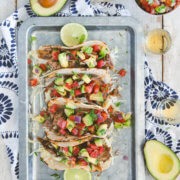 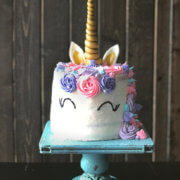 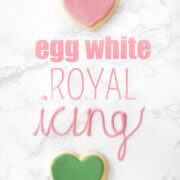 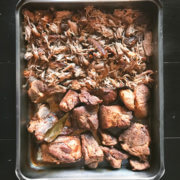 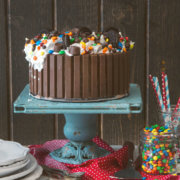 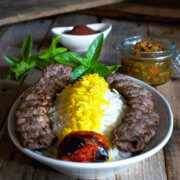