You are here: Home » Travel 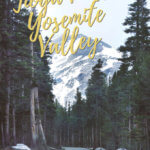 If you are going to visit Yosemite National Park and you have the opportunity to drive through Tioga Pass (the eastern entrance into the park), the best gas station food is waiting for you.

Yes, you read that right: The Best Gas Station Food… EVER! And I’m not talking about 3-day old hot dogs, nachos, slushies or stale funyuns. I have already shared with you about my family’s road trip in my post of Yosemite Travel Trips last week. If you have never been, it really should be on your bucket list if it isn’t already.

My family and I spent 6 days camping at Yosemite National Park. And for one of those days, we decided to take a day trip out of the main park and explore the infamous Tioga Pass. Why is it infamous? Well, let me tell you all about it.

Tioga Pass is the eastern entrance into Yosemite National Park. It is just shy of 10,000 feet elevation and is typically closed from November thru May due to tremendous amounts of ice and snow. They start clearing out the snow off the roads in April and it can take up to two months to clear the pass, depending on the amount of snowfall that winter.

And in the middle of July, we still found plenty of snow here. From Yosemite park, take Highway 120 towards Big Oak Flat Road and turn off at Tioga Road (Hwy 120 East). This 64 mile stretch of road ends at Mono Lake in Lee Vining.

What to do in Tioga Pass

Despite it’s harsh weather, Tioga Pass is simply tranquil and gorgeous in the summer months. When we went in 2011, we had a very wet and snowy year. The rivers and lakes in Yosemite were full and the waterfalls were gushing. The mountains of Tioga Pass were still capped with snow, and you could find water trickling down the mountain sides and onto the highway throughout the drive.

Once the snow melt is gone, Tuolumne Meadows is blooming with wildflowers. There are trails you can hike and bike, and you can fish and swim in some of the lakes – if the water isn’t too cold for you! There is definitely less people in this pass than in Yosemite Park. And for us, it was a nice break from all of the crowds.

In 2011, there was so much water from snow melt this year, that the lakes in Tuolumne Meadows over flowed their banks. We found flooded campgrounds and soggy picnic tables, which was a nice sight considering California has been in a drought and the most of the lakes in California have frightfully low levels of water.

If you want to camp in Tioga Pass you will have to check the availability as it is dependent on the weather and how much damage the campgrounds received during the winter months. There are plenty of park benches and tables for picnicking and so many beautiful sites to see and enjoy.

This is the snow melt that feeds the rivers and creeks that flow down to Yosemite Valley and yes, the water is ice cold. My kids enjoyed snowball fights in their shorts. They also climbed the granite slabs we encountered. For those seeking bigger adventures than rock hopping, you can always scale Lembert Dome.

I admit that I was apprehensive about leaving the gorgeous Yosemite Valley and spending the day away. But Tioga Pass was truly breath taking and so peaceful. Since we were camping in Yosemite Valley, we only took snacks and our day pack with us. Because our ultimate destination was at the end of the road- lunch.

A coworker of my husband’s told us out this infamous Mobil gas station and the amazing food we could eat there. I was getting car sick from the 2-hour drive and couldn’t imagine a gas station having swoon-worthy food. I was skeptical and wondered if I could swallow a convenience store hot dog from and not hurl on the 2-hour return trip back to our campsite. I had no idea what was waiting for us.

At the intersection of U.S. Route 395 and California State Route 120 you will find a Mobil gas station. It’s the only gas station for miles and there is nothing around it except, well, nature. Of course, the salty Mono Lake is across the way. And inside this gas station is the Tioga Toomey’s Whoa Nellie Deli.

I ordered the salad with seared salmon and it looked like this. Gorgeous, isn’t it?

My husband ordered a steak sandwich. And it really was a steak sandwich, no mystery meat here. The experience was surreal and extra-ordinary. Were we really dining in a gas station eating this gourmet meal?

Granted, the kids had slices of pizza for lunch. It was nothing special, but certainly a nice change from the usual camp food they were eating that particular week. But Mom and Dad were pleasantly surprised and their tummies were certainly happy.

And dessert? No convenience store garbage for us. Cheesecake, carrot cake and this fudgy chocolate cake with raspberry sauce.

I was thrilled that we were able to enjoy such good food at reasonable prices, a real undiscovered gem in Yosemite. Undiscovered? Not really. I found this hanging on the wall by the restrooms.

Looks like Gourmet Magazine beat me to it. And if you google the Whoa Nelli Deli, you will find that others have found this secret getaway, as well. And now YOU know, too!

In 2017 I was visiting Mammoth Lakes shooting photos for my camping cookbook. My geologist father was with me and he wanted make the 30-minute drive north and visit the saline splendors of Mono Lake. At the end of the Tioga Pass, you have another 10 minute drive north and you can see the beautiful Tufa Towers formed on the lake.

The Tufa Towers at Mono Lake

Mono Lake is a salt water lake. These unusual rock formations are made of limestone. The underwater springs are rich in calcium and it mixes with the carbonates in the lake water. The chemical reaction of these two results in the the solid of calcium carbonate, which is limestone. Over time, and we are talking decades, these towers grow and form.

The Tufa Towers were all formed underwater until the water level of Mono Lake began to fall drastically in the 1940s. These towers of limestone are all over Mono Lake. But the largest concentration of these towers is located at the South Tufa grove just off of Hwy 120 East, at the south end of Mono Lake.

And after the towers, guess where we stopped for lunch? Yup, Tioga Toomey’s Whoa Nellie Deli is still there and the food is still excellent. This time, we all ordered the steak sandwich. It’s still a real steak sandwich. And the chocolate cake? Still fudgy and incredible.

Very nice post and beautiful photos….good there is nice meal on the road:)

I can't believe you got that at a gas station! That is so cool! And I'm just happy to pick up a pack of Twizzlers when I stop! Your vacation pictures are beautiful! : )

So cool! If I'm there, I'll definitely have to swing by this place 🙂 Buzzed!

Wow, that is food from a gas station? It looks amazing! Loving both the food and nature shots. Looks like you had a wonderful trip

Hi, I’m Laura! I’m a mom of 3, certified professional cook and cookbook author living in San Diego sharing 500+ recipes from all over the world, including Persian recipes. Whether I'm cooking over a campfire or in my kitchen, I try to eat seasonally and cook with whole foods. More about me…