You are here Home / Courses / Side Dishes / Garlic Smashed Potatoes 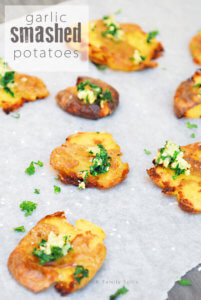 Whether as an appetizer or side dish to the family roast, these Garlic Smashed Potatoes are another fun way to enjoy the beloved tater. 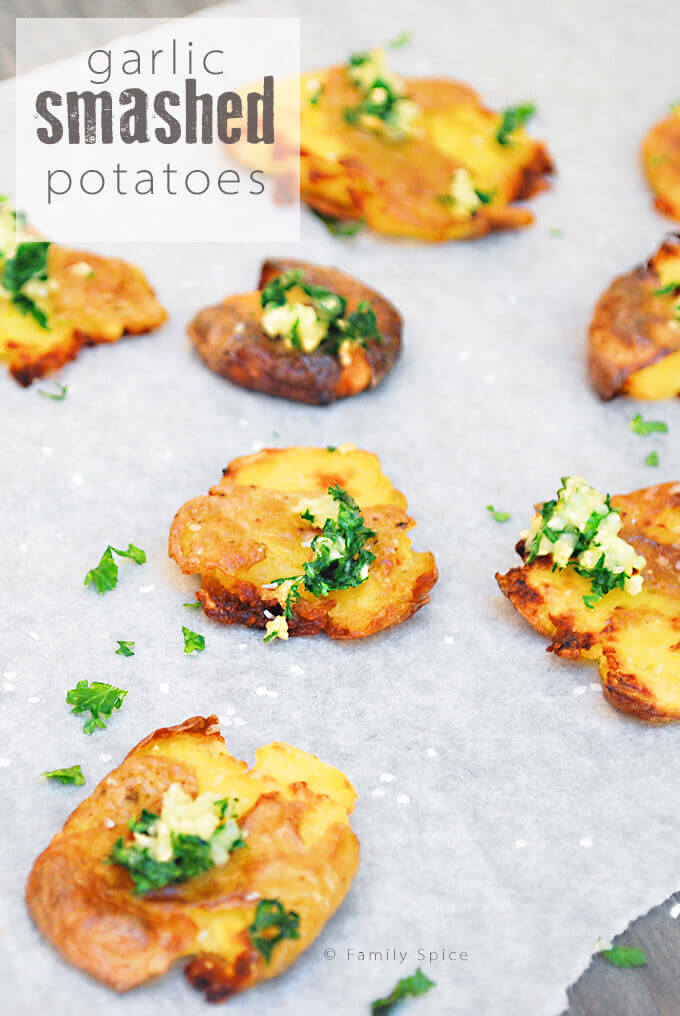 Kids really are funny creatures. They start out in life so helpless and dependent on you, and they can’t communicate what they want. Then, when they are able to communicate, they still make no sense to us.

They are completely illogical and emotional. They react on instinct, without much thought. Granted, it’s our job as parents to teach them how to think, talk, communicate and behave, but we are clueless on how to do this ourselves. Makes you wonder how humans has survived as long as we have.

Take, for example, feeding your kids. If you’ve ever fed a kid, you can relate to my frustration. When they were babies, my kids ate what they are given. 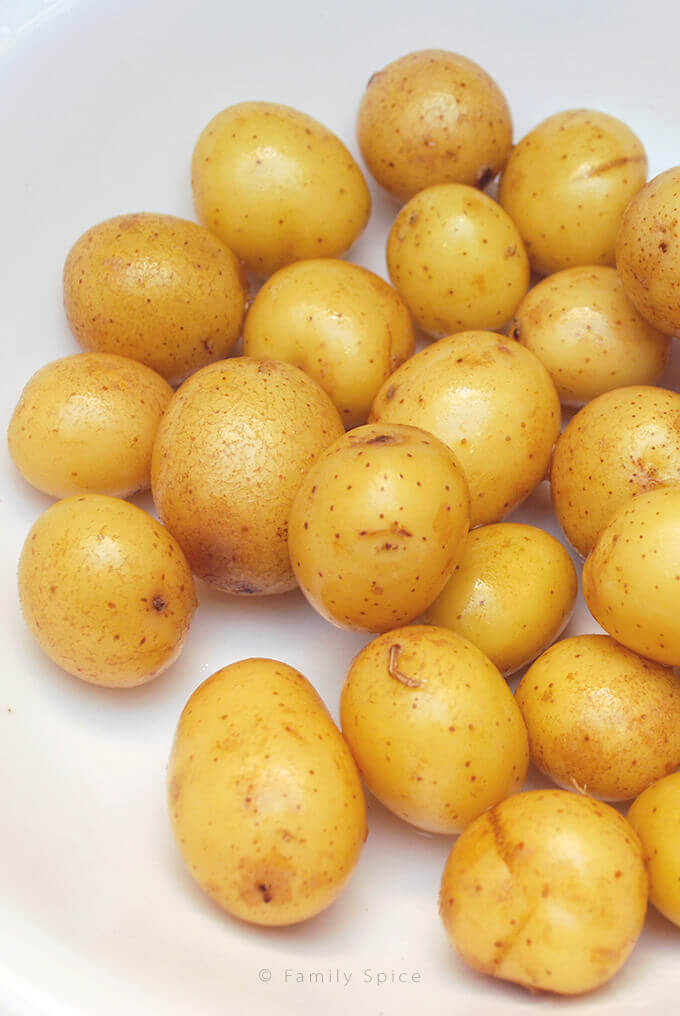 Sometimes, if I gave them something horrible, like smashed peas, then they would grimace and spit it out. They didn’t know about cookies, chips and french fries, so they happily ate the good stuff.

Then, we as parents, screw it all up. We give them choices. It’s all downhill after that.

I remember trying to explain to my then 4-year old boy that the spaghetti sauce he always ate and loved, which he all of a sudden refused to eat was the same sauce that was on his beloved pizza. It took a month, but he returned to eating “that red sauce.” 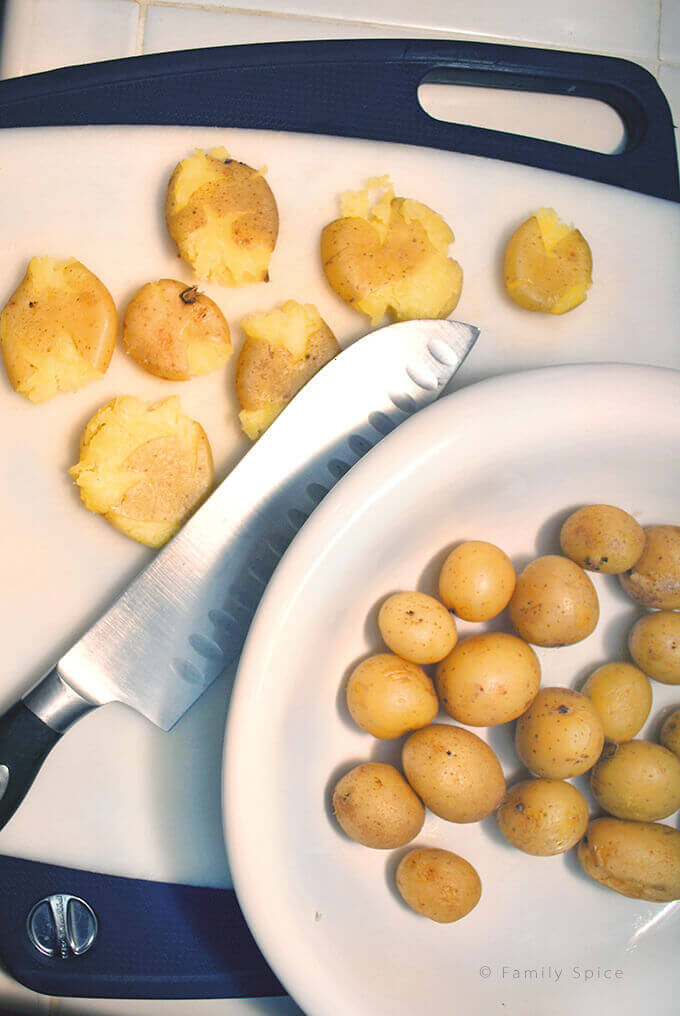 Same thing with mashed potatoes, roasted potatoes, and quite frankly, any potatoes besides french fries.

Explain to a kid that it’s basically the same thing, just a different shape or texture and you’ll be lucky if they will give it a try.

I remember the light-bulb moment when my oldest boy (the pickiest eater of them all) finally ate a roasted potato.

AAARGH!!! Isn’t that what I’ve been telling you???

YES! YES! I’m jumping up and down – he finally gets it!

Then there’s my middle-child who just won’t go down the mashed potato road.

You win some, you lose some. 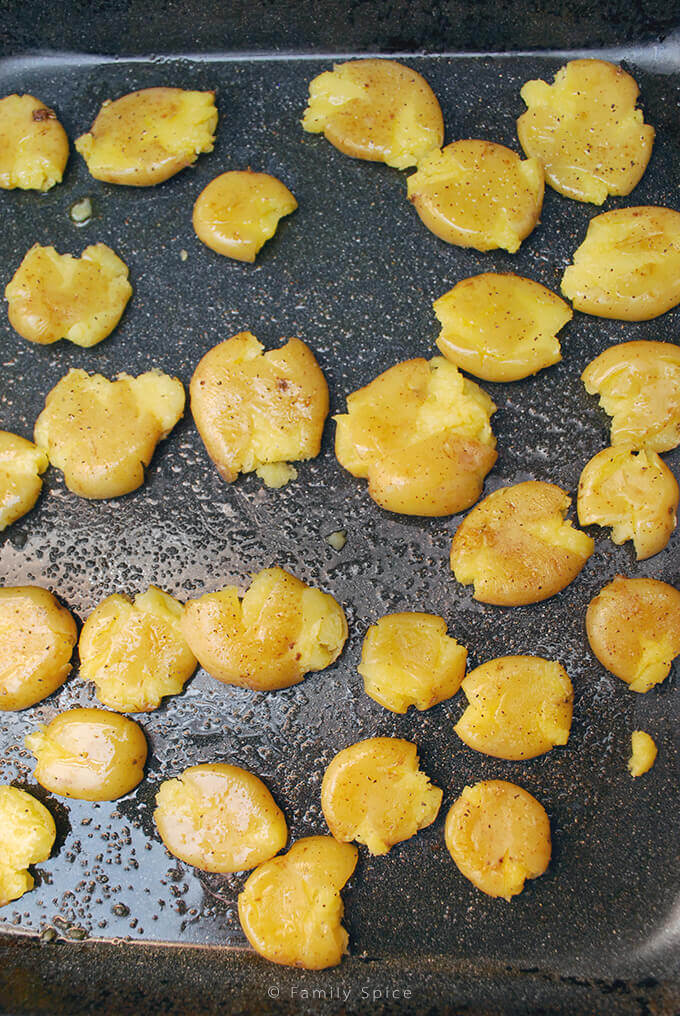 Lucky for me, my kids now have a great relationship with potatoes and many other vegetables. Frieda’s Produce was kind enough to send me some potatoes to try out from The Little Potato Company.

One bag of potatoes were these tiny Piccolo potatoes. And, yes, I mean tiny. They are the size of small rocks. Totally cute and seriously, full of flavor.

I had serious fun with these babies, making my Garlic Smashed Potatoes with them. First I cooked in the microwave for 3 minutes, then I gently smashed them, brushed them with oil, seasoned with salt and pepper and roasted in the oven until browned. 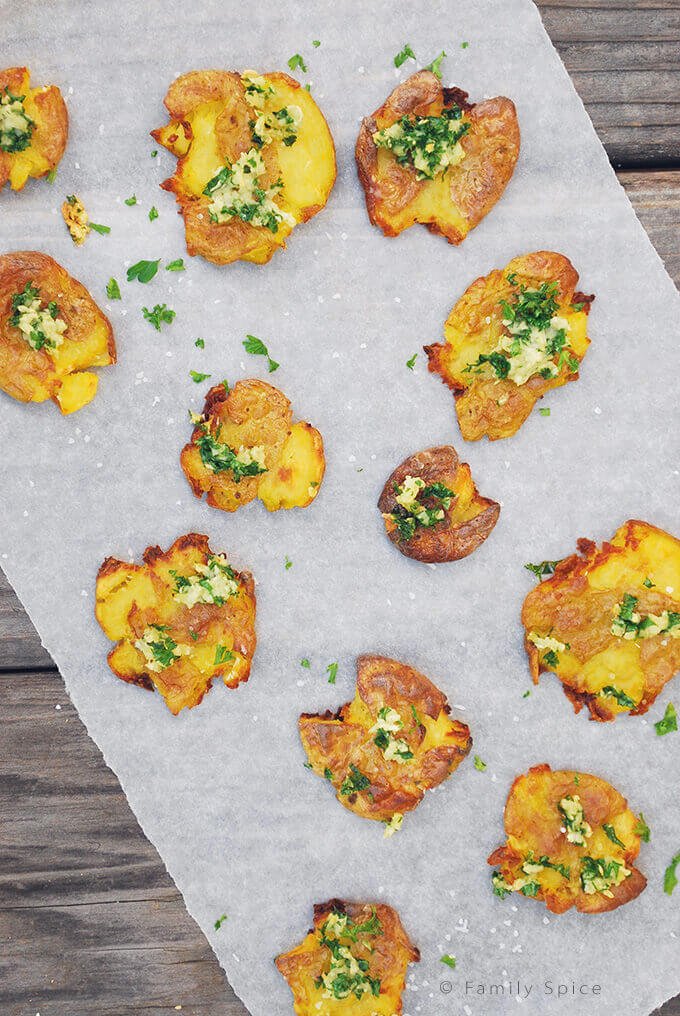 I drizzled some garlic, parsley and EVOO over them and cooked another couple minutes before serving.

Oh yeah, these were highly addicting! The kids gobbled them up and hardly left any for Mom & Dad.

The potatoes are right now only being distributed in California, but will soon expand into other markets across the US. 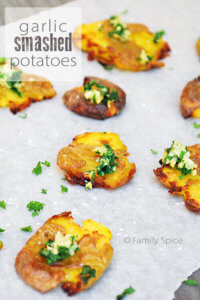 These crispy treats use less oil than their French Fry counterparts, yet they are equally addicting to eat! Recipe by Laura Bashar of Family Spice

Serving Suggestions: You can also omit the garlic topping and serve plain.


Disclosure: Frieda’s Produce was kind enough to send me these items to sample. The opinions expressed here are my own. If I didn’t like it, I wouldn’t blog about it!
Previous Post: « Love, Loss and a Nutella Berry Pie with Pretzel Crust
Next Post: Hearty and Healthy Manhattan Clam Chowder »